Java Moss: How to Grow Carpets, Walls, Trees, and More

Java moss is one of the easiest plants to grow in an Aquascape, and it's a great plant for beginners to get their hands wet in the aquascaping world. Let's talk about some of the common techniques that use Java Moss. 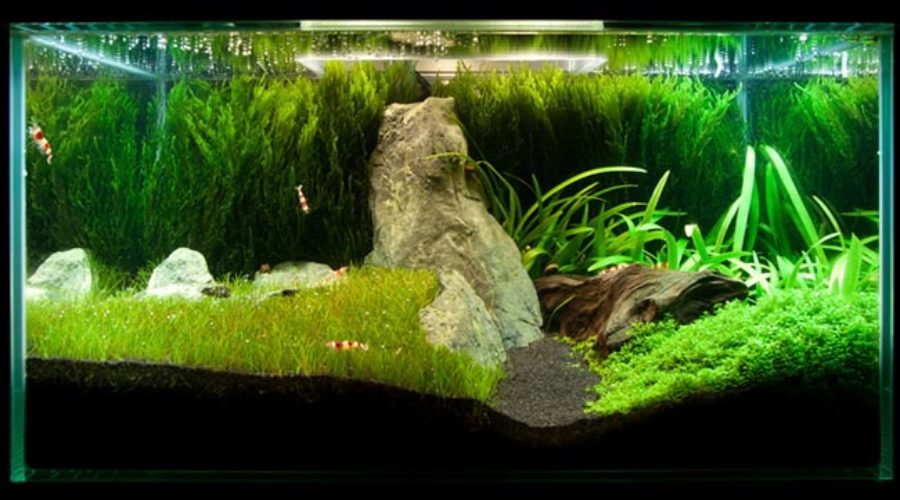 Java moss is one of the easiest plants to grow in an Aquascape, and it’s a great plant for beginners to get their hands wet in the aquascaping world. Let’s talk about some of the common techniques that use Java Moss.

How to Grow Java Moss

Here’s the wonderful thing about this plant: it’s almost impossible to kill it. It’ll grow more slowly in poor water conditions, but it almost never melts. (That’s what happens when a plant starts decaying underwater.) Don’t be afraid to get a big bunch of it and stick in your tank to see what happens! (You can see our favorite Java Moss at Amazon here).

Java Moss needs two things to grow quickly in an Aquascape: good water and good light. With those two things, it’ll grow fast enough that you’ll probably get tired of trimming it back. (If you need some help trimming aquarium plants properly then check out our guide here).

If you want to know how to grow java moss fast then we feel the below are the ideal requirements;

If you can get your tank to these conditions, you’ll have more moss than you know what to do with. Seriously, this stuff grows insanely fast. Getting the right aquarium heater is also important, more on that here.

Carpets are a beautiful addition to any Aquascape. Java Moss is an easily-maintained carpet that lasts forever, and isn’t that hard to start growing. The key is how you anchor it to an object that’s flat, textured, and non-floating.

People use tons of different things to anchor Java Moss. Stones, rocks, driftwood, even other plants—it’s all heavy enough to hold down the plant. (At least until it starts growing at a faster rate. You’d be surprised how much a mat of Java Moss can lift.)

Most aquarists use a mesh net to pin it to the substrate. I’ve had success using window mesh to pin it down, and weighing each end of the net down with a stone, driftwood, or another heavy piece in your tank. (This kind works really well.)

A substrate is another option for weighing it down. (Here is our guide on the best substrate for planted tanks) Mix in the moss with your substrate (making sure not to pack it too tightly, especially if you’re using a fine powder substrate), provide plenty of light for the next few weeks, and you’ll start to see some growth coming up through the substrate.

The alternative is to simply buy pre-made java moss carpet. It’s important to get your hands on the best moss for aquarium carpets for the right results.

How To Make A Moss Wall Aquarium

Walls can be made the same way as carpets: using plastic mesh. Moss usually grows a bit faster on walls, since it’s less likely to have its light blocked by other materials and fish. You’ll need some suction cups to anchor the net to the wall, but the Java Moss will quickly grow over the netting and cups, and you won’t see them.

Here’s a great technique for preventing float-away: fold the net in half, and stuff the java moss in between each side. That provides the moss with a solid attachment while still allowing water movement through the net.

These are a little more tricky to pull off. But when it works, it can produce some of the most amazing aquascapes you’ve ever seen. The best way to get these results is to get a piece of driftwood that’s heavy enough to hold down the moss and has the texture to hold the tie-down string without slipping.

This is a driftwood supplier we’ve seen some success with: JBJ Lighting

One important point: insert the bottom of your tree into the substrate. You’ll likely lose it to float-away if you don’t. Java Moss has the amazing capability to lift up nearly anything.

These are an easy way to bring some life to a smaller aquascape. They’re tiny, easily moved, and are great for water quality in smaller tanks. These can be made DIY, but if you’re planning on buying moss in addition to the balls themselves, you’ll likely come out cheaper if you buy premade moss balls for your first ones:

It’s extremely common to use Java Moss with breeder tanks, grow tanks, or other situations where you need to provide cover for smaller fish or fry. (It can actually provide a food source for fry, which can be notoriously hard to feed.)

This is the perfect moss for breeder tanks. Easily-grown in all types of water and light, great for water quality and keeping excess nutrients out of the water column, and it can feed fry, as well. Do yourself a favor and get a ball of this when you’re starting any type of fry-tank. (Especially if you’re looking to protect the fry after birth.)

Since it grows so quickly in nearly any type of lighting conditions, Java Moss is perfect for new tanks that have few plants using the nutrients in the water column. The moss will pull all excess nutrients out of the column and help prevent algae from wrecking your newly-planted tank.

Because it’s also easily-moved on moss balls, it’s perfect for just dropping a few into newly-made tanks while they’re stabilizing.

A decent protein skimmer can help keep your water clean, too.

Here are some of the most common mistakes to avoid when growing java moss.

Java moss can be a bit of a pain to grow, but with these care tips, you can make your java moss growth project much easier and way faster too.

When it comes to attaching Java moss to driftwood, there are a couple of different ways that you can do this, all of which are quite easy. Let’s talk about the different ways of attaching this cool carpet plant to some driftwood right now.

To be quite honest, attaching Java moss to rocks is more or less the exact same as attaching it to driftwood. When it comes to tying the Java moss to the rocks, it may be a little difficult depending on the shape of the rock, but it is definitely possible.

How To Attach Java Moss To Rock

If you want to tie Java moss to rocks, we would recommend choosing a rock that will allow you to tie it on securely. You should be using a fishing line to do this.

Super gluing the Java moss to the rock might just be the easiest way to go for you. Simply space the dabs of glue evenly on the rock and plaster the Java moss right onto it. It really does not get any easier than that.

How To Plant Java Moss

What is really nice about this stuff is that planting java moss is really not all that hard. Here is a quick lowdown on how to easily plant java moss without trouble.

How To Propagate Java Moss

Java moss propagation is another super simple and fast task to accomplish. This plant is super hardy, resilient, and can grow in many conditions. At the same time, it will continue to grow if you break one section off from the other.

To propagate java moss, simply break a chunk off from the larger piece, ensuring that you get some roots along with that chunk. Then tie it down to something just like discussed up above in the section about planting java moss.

You may be able to do this even if you break off a chunk that does not have any visible roots, although this will take much longer, as the offshoots of the java moss will take time to develop roots.

Can Java Moss Grow Out of Water?

Yes, java moss can grow out of the water, although it is technically an aquatic plant, so it does require a lot of moisture to grow properly. If java moss is planted on land, it requires a lot of rain and a high moisture content wherever it is planted.

Moreover, java moss growing in the water will have much brighter, greener, and larger leaves than moss growing on land. In other words, while java moss can grow on land, it’s much better to have it in water.

Although growing floating java moss is technically possible, it is not easy, nor is it recommended. Java moss needs to anchor itself down to something, such as gravel, driftwood, or rocks.

So, the short answer here is no, java moss should not be grown without anchoring it down to something.

Can You Grow A Java Moss Carpet on Gravel?

Yes, absolutely can a java moss carpet be grown on gravel. As mentioned before, as long as there is something for the java moss’ roots to anchor themselves to, it should be fine.

Now, anchoring java moss to gravel, especially really small gravel, can be a real challenge, mainly because it’s super hard to tie anything to small and smooth gravel, but with that said, it is definitely possible.

Can You Grow A Java Moss Carpet on Sand?

Sand is too soft, too dense, and too small for the roots of java moss to anchor to. This never works very well.

Is Christmas Moss And Java Moss The Same Thing?

There are tons of places where you can buy this stuff online. The quality of most isn’t great. Here’s where we’ve bought some of the Java Moss that we use in our tanks: