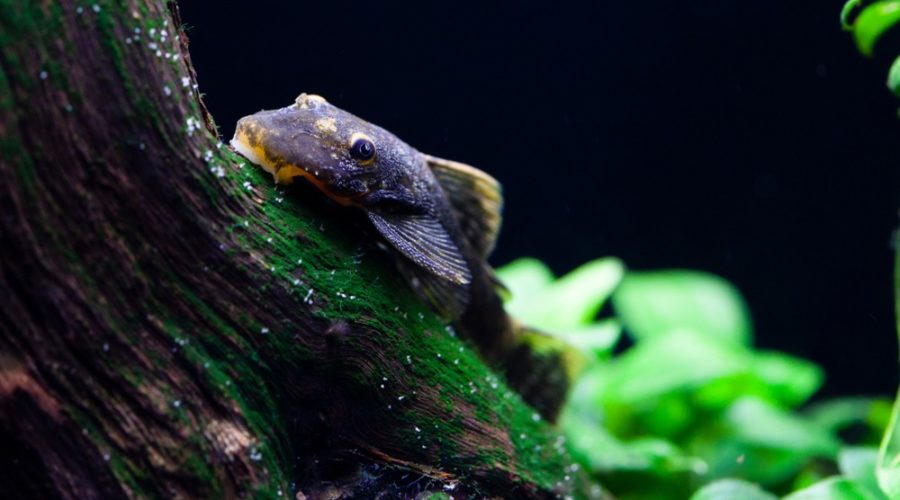 Plecos are tropical freshwater fish that come from the Amazon River and other connecting rivers. They can grow anywhere from 12 to 24 inches long and can live for quite a few years. One of the problems that many people have with Plecos is that it can be really hard to determine their sex.

So, how to tell if a Pleco is male or female is what we are here to talk about right now. There are several ways to determine the sex so we have split the article up to cover size, body shape, bristles and behavior.

So, How To Tell If A Pleco Is Male Or Female?

Here are the main 4 ways to determine the sex and a quick rundown of male vs female plecos:

Like with many creatures out there, the size is often different between males and females. In the case of Plecos, females tend to be quite a bit larger than their male counterparts. However, this can be problematic if the fish you have are of different ages, especially if you do not know how old they are.

The point here is that a 6-month-old female will be smaller than a 2-year-old male Pleco. However, if both the males and females are the same age, you can use their size to determine if the Plecos are males or females.

Just like with the size of the Pleco, the body shape of an individual fish can reveal whether it is a male or female. What tends to be the case is that females are much rounder than males.

They have much wider bodies than male Plecos, which tend to be a little skinner and more elongated.

If you have a Pleco with a big belly, it could be because it is getting close to breeding season. Either way, the females tend to be a little fatter than the males.

Plecos usually grow these odd looking bristles, as many catfish do. These bristles usually grow out of the pectoral fins, along the edge of the head, and along the mouth.

Some species of Plecos feature both males and females with these bristles, ones such as bushy nosed or bristle nose Plecos.

In this case, the males will have larger and more pronounced bristles. For species of Plecos where only males grow these bristles, well, only the males grow them, so that is fairly self-explanatory.

Males Plecos tend to be more aggressive than females. If you have some time, watch their behavior. The aggressive ones are usually the males.

However, this is only the case for certain types such as royal Plecos. However, other types like common Plecos and dwarf Plecos are very relaxed, rendering this sexing method fairly ineffective.

Do female Bristlenose Plecos have bristles?

Yes female plecos, bristlenose plecos, do still have bristles. Now, the bristles on the females tend to be much smaller than those of the males, and usually only grow out of its mouth, or around the mouth.

Male bristlenose plecos have much large bristles and they usually grow around the mouth, nose, and other parts of the face.

How big will a plecostomus get?

The maximum size which a pleco will reach is around 24 inches, but this is in the wild. Generally speaking, in an aquarium, these fish will not grow any larger than 15 or 16 inches.

How long does it take a pleco to reach full size?

Your average pleco will reach its full size in about 2 years. They generally stop growing after the 2 year mark, but may grow slightly larger up to 3 years of age, although fairly uncommon.

Can you put 2 Plecos in the same tank?

Plecos do often do quite well in a community tank with other freshwater fish, usually no matter the size.

Do not keep 2 plecos together as chances are that it will not work out at all.

Which is better for my tank? Pleco male or female?

If you want to ensure that your community tank is peaceful and goes smoothly, you probably want to go with a female, as they tend to be less aggressive and more peaceful.

In all reality, unless you are breeding, knowing whether you have males or females is more or less irrelevant. However, if you need to know if your Pleco is a male or female for whatever reason, the above methods are the most reliable ones to tell for yourself.

SEE ALSO: How Do You Tell If Fish Are Male Or Female?