How To Stop Cichlid Bullying & Aggression- 9 Easy Steps to Follow

9 Ways To Stop Your Cichlids being aggressive to each other, these methods are proven ways on how you can stop bullying in your tank. 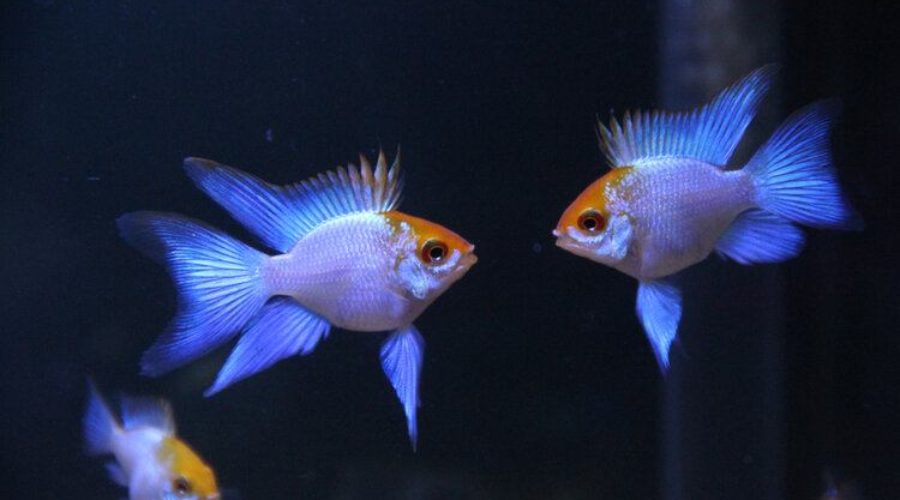 Cichlids are some of the most beautiful fish that you could have in an aquarium. However, they are also known to be quite aggressive, both towards each other and other fish species. Simply put, cichlids can be bullies.

To stop your Cichlids bullying you should:

Why Are My Cichlids Attacking Each Other?

There are several reasons why your cichlids may be attacking each other and other fish. Let’s do a quick rundown of the various reasons why cichlids behave in this manner.

There are three main ones to consider.

Cichlids are by nature quite competitive and aggressive, with one of the main reasons for this being the competitive drive to reproduce.

Male cichlids can be especially aggressive towards each other during mating season as they compete for the right to mate with a female cichlid.

The other main reason why cichlids are so aggressive towards each other is also due to their competitive nature, but here we are talking about food instead of women.

If you think about it, it’s really no different from the human world, and the rest of the animal kingdom in general with males competing for each other for food and women.

Food and the need to reproduce are always the two main things that cause competition in the animal kingdom.

The third reason why cichlids might attack each other is due to territoriality. Simply put, a cichlid may see this part of the aquarium as his or her own, and they will protect it at virtually any cost.

If you don’t have a lot of caves, rocks, and natural barriers in a tank with many cichlids, they will become overly aggressive to compete for control of what they see as their territory.

How Do I Stop My Cichlid From Being Aggressive?

However, if you follow several or even all of the tips that we are about to list, the chances of stopping cichlids from being aggressive bullies decreases significantly.

One of the things that you can do in order to reduce cichlid bullying and aggression is to make sure to mix cichlid species in your tank.

Therefore, make sure to have varying cichlid species with different colors and patterns in the tank. The more diverse the colors are, the less likely the cichlids are to be aggressive bullies towards one another.

Something else to keep in mind is that although many cichlids do like the bottom of the tank and the bottom third of the aquarium in general, not all cichlids do.

The more cichlids (and fish in general) you have occupying the same level or zone in the water column, the more likely they are to be aggressive.

Therefore, try to get different cichlid species that tend to occupy different zones in the aquarium, some at the bottom, some in the middle, and some at the top. If you can spread them out a bit, they’re much less likely to be aggressive.

Related to the above point, cichlids care way more about horizontal space than about vertical space. Therefore, in order to reduce cichlid aggression, one of the best things that you can do right from the get go is to get them a long and wide tank.

Tank height does not make much of a difference here. For a cichlid only or for a community fish tank with cichlids, you are much better off getting a tank that is long and wide, but has limited height.

4. Change the Setup When You Add New Cichlids

This point applies specifically to when you add new cichlids into a tank that already has cichlids in it. These fish are quite territorial, and they will get attached to or protective of certain things in the aquarium. Each cichlid will develop and guard its own territory.

Therefore, to stop bullying and aggression between cichlids, when you add new ones into the tank, change the aquarium setup.

Change the scenery, add some new stuff and take out some of the old, or just rearrange the tank decorations. This will ensure that no cichlid has the time to become overly territorial over any one location in the tank.

Something that you want to do with any cichlid tank, whether a community or a cichlid only tank, is to slightly overcrowd it.

Now, this probably goes against everything that you have been taught about keeping fish. However, it actually works wonders in cichlid tanks.

The more overcrowded a cichlid tank is, the busier and faster paced the environment will seem. This in turn makes it more difficult for any cichlid to focus their attentions on any one fish.

If a cichlid cannot focus on a single fish for bullying, the chances of it occurring are greatly reduced.

One of the main reasons why cichlids become aggressive is related to their naturally aggressive nature, specifically their drive to compete for food. Cichlids, in nature, live in very competitive environments where they must constantly compete for food.

Therefore, if your cichlids are not extremely well fed and satiated at all times, they will absolutely become aggressive and territorial in order to protect the food which they perceive to be theirs.

Simply put, feed your cichlids often and a lot, and this should help to curb bullying.

7. Limit the Number of Males

Whether it comes to the world of humans or fish, men have a tendency to compete with each other, specifically for females.

Simply put, the more male cichlids you have in comparison to females, the more bullying and aggression there will be. It is a good idea to limit the number of males in the tank, with a good ratio being three females to one male, or two females for every male at the very least.

This way, each male cichlid will have several females to choose from, so to speak, and that will help to drastically reduce aggression and bullying.

Another thing that you can do in order to reduce cichlid bullying in your aquarium is to provide the cichlids with plenty of cover and hiding spaces.

If they feel like they have enough room, a space that is their own, and a place to hide and to get some privacy from other fish, the less likely they are to be bullies. Therefore, having plenty of plants, rock caves, and hollow driftwood is called for.

If you add new fish into a tank that already has cichlids in it, the less fish you add, especially if you add just one, the more likely those new fish are to get bullied.

Therefore, try adding at least three or four fish at a time. The more you add at once, the less likely individuals are to be singled out and targeted by some mean cichlids.

Do African Cichlids Kill Each Other?

This can sometimes result in the death of some of the cichlids. In some cases, adult males may even try to eat juveniles, particularly male juveniles. In case you are wondering, yes they do have teeth!

What Are The Least Aggressive Cichlids?

There are various types of cichlids that are known for being fairly peaceful and non-aggressive, and these include the following.

The bottom line is that cichlids are by nature aggressive fish and they can be very territorial. However, if you take the steps as outlined above, you should be able to curb or even fully eliminate cichlid aggression in your tank.