How Many Species Of Angelfish Are There? 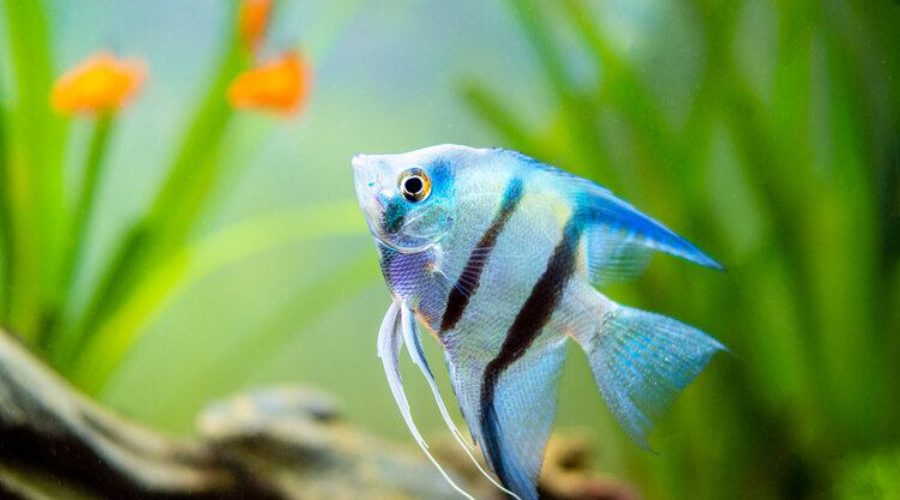 The angelfish is without a doubt one of the most beautiful aquarium fish out there. They are bright and colorful, they have a great personality, and they are fairly easy to take care of as well. Everything about the angelfish is attractive no doubt.

There are some different kinds of angelfish out there. We’re here today to answer the question of how many species of angelfish are there? We are going to do our best to tell you everything there is to know about the variations of angelfish.

Before we get into talking about the different kinds of angelfish out there, let’s talk about the angelfish as a whole to see what these little guys are all about. First off, the angelfish originates in the Amazon River and is indeed a tropical fish.

In case you were wondering, the scientific name for this fish is Pterophyllum scalare. Angelfish are very easy to take care of as they are not really picky eaters, plus they can handle varying water conditions too. They can live for up to 10 years, which is pretty long for a fish of this size.

Speaking of size, the angelfish will grow to around 6 inches or 15 cm on average, making it a fairly large fish to have in your aquarium. They prefer the water to be between 74 and 84 degrees Fahrenheit (23 to 29 degrees Celsius).

The angelfish prefers the water to have a pH level between 6 and 7.5, with water hardness between 5 and 13 dH. These guys need at least a 20 gallon tank that is fairly tall. They are usually fairly docile and friendly, but depending on the conditions, they can get a little territorial and aggressive towards other angelfish, especially when it comes to feeding.

That being said we can still talk about the different variations of the angelfish to help you pick which one you like the most. There are 10 main varieties that we want to talk about right now.

This kind of angelfish is one of the lesser known ones that is not often sold in pet stores. They tend to be a little bigger and flatter than most other kinds of angelfish. They tend to be a deep blue in color with darker stripes. These guys are fairly sensitive to changing water conditions, so keeping them at home can be a bit of a challenge.

This type of angelfish has the regular angelfish shape, but tends to have a golden head and a golden upper body. The rest of them is silver with black dots and black stripes. They are fairly common and taking care of them is not too difficult.

This type of angelfish is one of the more colorful and visually appealing ones out there. They feature 4 different stripes which are of a light color. These guys can be bright blue, green, pink, purple, black, white, or a combination of all of the above.

This type of angelfish features a lack of pigmentation which makes it fairly colorless, so much so that the gills on this fish are pretty much see-through. They have dusky black edges on the fin and a slight pinkish-reddish hue on the cheeks, hence why it is called the Blushing Angelfish.

This one is closely related to the Dusky, but is much more colorful. They tend to be light blue and green in color with red cheeks.

These guys have been around since the 1960s and have become quite popular since. They look kind of like Koi angelfish, but have more orange on top and more marbling.

As the name implies, this type of angelfish is mostly black, grey, and with some copper. These guys may not be all that colorful and bright, but they still look really cool.

These guys are some of the most popular angelfish around. They are not that colorful though, with a copper colored head and upper body, with lots of silver and 3 distinct black stripes.

Marble angelfish may not be that colorful, but many people say that they are the most beautiful ones around. These guys are marbled with black and white, making them look pretty neat.

There are many different kinds of angelfish out there. We have talked about the 10 most popular ones here, but there are several others too. If you are looking for some new fish, there is definitely at least one type of angelfish that suits your style!