A nice community tank looks better than an aquarium housing one type of fish. They just do. So what are the best tank mates you can keep with goldfish? Let's find out. 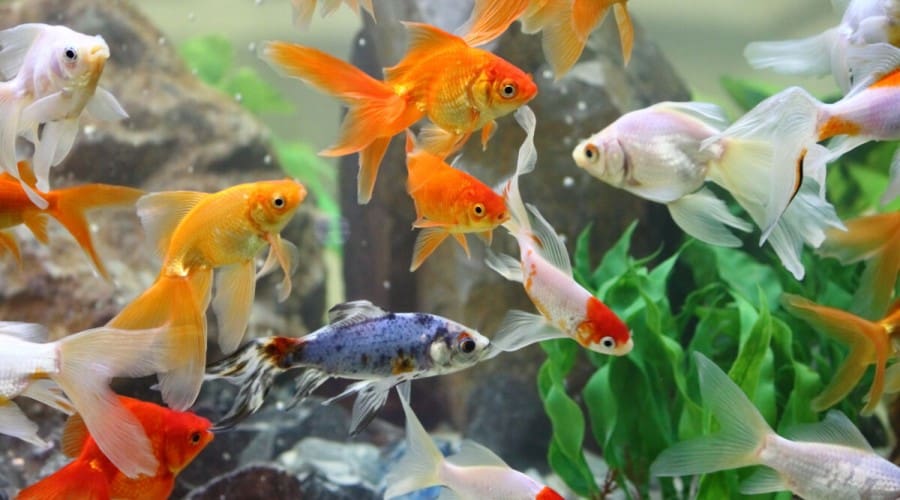 As a fish keeper, it’s your job to provide your goldfish with the correct habitat. It doesn’t stop with the tank, filter, substrate, plants, and décor though, you need to find the perfect tank mates, too.

If you’ve ever had a bad roommate, you’ll know how nightmarish it can be. But, the wrong tank mate for a goldfish can end in stress, injury, or even death.

Picking out the best tank mates for goldfish can seem daunting at first, as there’s a lot of information and misinformation out there, yes a good chunk of it is contradictory.

We’re here to cut through the noise, answer your questions, bust some myths and tell you everything you need to know about goldfish tank mates.

I Heard Goldfish Should Only Be Kept With Other Goldfish

You might have heard this. Well, for the most part, this isn’t true, but it’s slightly more complicated than a simple yes or no.

First off, you must realize there’s a significant difference between fancy goldfish and single tailed varieties.

Most fancy goldfish, on the other hand, are peaceful, not overly competitive at feeding time, and tolerate slightly warmer water, so they can be tank mates with a range of additional cool water and sub-tropical fish. You still need to select tank mates carefully, but we’ll talk about that in more depth later.

It’s important to note there are some exceptions to this in the fancy goldfish world. Certain fancies – such as telescope eye, bubble eye and celestial eye goldfish—are bred with what essentially amounts to deformities. This makes it hard for them to compete for food with any fish that can see better and swim more easily. Therefore, these types of goldfish and any others with significant handicaps should only be kept with their own kind or other similar fancy types that face the same challenges.

Goldfish are Cold Water Fish, so Other Fish Cannot Be Kept With Them

Many people believe goldfish are cold water fish and therefore can’t be kept with any other types of fish, but that’s not strictly true.

Yes, goldfish are technically cold water fish, but that doesn’t mean they can’t be kept with other fish species. You can find a range of other cold water species they can peacefully cohabit with.
What’s more, since fancy goldfish thrive at temperatures between 65°F and 72°F, they can also live with a variety of subtropical fish.

Fancy Goldfish Can Be Nipped at and Bullied

Another argument is that goldfish can be bullied by other fish and have their fins nipped, which is why you shouldn’t keep them with other fish species.

While it’s undeniable that some types of fish would mercilessly chase after and nip at those long, flowing fins, that’s no reason to avoid keeping your goldfish with any other fish. All you need to do is be careful when selecting tank mates. Choose peaceful community fish and avoid any species known to be territorial or nippy.

Some people are wary of housing goldfish with algae eaters, as they’re said to suck onto the sides of goldfish and hurt them. This is true of common plecos, who sometimes attempt to eat the slime off their skin, leaving red sores, but the majority of other algae eaters pose no threat.

You might be thinking, it’s just a goldfish… why even bother with tank mates?

Well, they are known to be social animals. In the wild, they live in shoals and those in tanks regularly interact with one another. Goldfish kept alone can get stressed, depressed and lonely. While we don’t know a lot about the social structures of fish, recent research suggests they have much more complex social lives and interactions than we once thought.

Although it’s fine to keep many types of goldfish with other species in the same tank, goldfish are only likely to form social bonds with others of their own kind, so you should keep at least two together, but preferably more.

Tank Mates Must Have Similar Needs to Goldfish

Along with temperament, compatible needs are one of the main factors that you need to think about when selecting tank mates for your goldfish. As well as requiring the same water temperature, any fish you keep together must thrive in the same pH range (between roughly 7.2 and 7.6) and enjoy the same type of environment (substrate, plants, etc.).

You can’t meet the needs of one type of fish in your tank at the expense of another, so you must make sure all species you house together have similar requirements.

What to Look for in the Best Tank Mates for Goldfish

So, what exactly should you be looking for in a tank mate for your goldfish? We’ve compiled this list to help you with your search.

The 7 Best Goldfish Tank Mates Are:

Now you know a bit more about choosing the right tank mates for goldfish, here are seven of our top choices.

Platies are schooling fish that do best when kept in groups of five or more. Although they only need 10 gallons per five fish, you should add this on top of any space your goldfish require. And although they stay quite small and don’t take up much room, they’re large enough to avoid ending up as dinner for a hungry goldfish.

These placid community fish aren’t known to be nippy, so they shouldn’t chase, injure, or stress out fancy goldfish. They have a similar omnivorous diet too, which makes feeding time easier.

These intelligent and sociable creatures must be kept in groups of at least three. Their antics are a pleasure to watch, but they do need a tank that’s an absolute minimum of 48 inches long. Add that to your goldfish’s space requirements and you’ll need a mammoth tank.

They love to burrow into the substrate, so a soft loose sand or small, smooth gravel is a must.

Unlike the common pleco, which is known to suck the sides of goldfish and injure them, the bristlenose pleco should cause no harm. What’s more, it’s far smaller and therefore won’t take up too much room in your tank.

As an avid algae eater, it will keep your tank sparkling clean, though will need to be fed some algae or spirulina wafers, too, along with occasional fresh or blanched veggies.

The bristlenose pleco requires well-oxygenated water with some moderate flow.

As social fish, they prefer to be kept in schools of at least six, otherwise they can become aggressive amongst themselves. This means you will need a fairly large tank, once you factor in the space your goldfish require, too.

Due to their large size, at least there’s no chance a goldfish will eat your rosy barbs. And they’ll eat the same food and thrive in similar temperatures.

While goldfish have been known to chow down on smaller snails, apple snails’ large size and tough shell means they’re safe. However, some goldfish will bother these snails if they haven’t been raised with them, so it’s best to have them grow up together rather than adding snails to an established tank.

Apple snails water temperature requirements only just overlap with those of fancy goldfish, so you’ll need to keep the water at the high end of your goldfish’s temperature range and the low end of your snails.

Since these snails produce lots of waste, you’ll need a powerful filtration system such as a powerful canister filter.

Although many fish keepers successfully keep white cloud mountain minnows with goldfish, you must exercise caution, as they’re small enough for goldfish to eat them.

They like to live in shoals and should be kept in groups of at least six, but the larger the group you keep, the less likely they are to be targeted by your goldies. They’re also very quick, so tend to be too fast to catch, especially slower moving varieties.

These fish enjoy a well-planted aquarium with plenty of hiding spots and a fine, dark substrate.

There’s some question about whether the checkered barb is a good tank mate for goldfish as they can engage in some fin-nipping behavior. However, if you keep them in large schools of nine or more (all-female or with just one male), they tend to busy themselves interacting with their own kind and leave other fish in the aquarium alone.

They like a well-planted aquarium or at least one with plenty of tucked away spots to hide.

As omnivores, they have a very similar diet to goldfish, which will make your life easier.

What Fish to Avoid, to NOT Keep With Goldfish

Now you know what kind of tank mates you can keep your goldfish with, you should also know which fish to avoid. Of course, tropical and marine fish are out, but some cold water and subtropical fish that might look like good tank mates at first glance, can actually be unsuitable.

While it’s not an exhaustive list, here are some fish and other aquatic creatures to avoid keeping with your goldfish:

While other goldfish perhaps make the best tank mates, there are still plenty of other cold water and subtropical fish you can keep with gold fish in a community aquarium.

Now you have some suggestions and know what makes a good and a bad tank mate for a goldfish, hopefully you can find the perfect companions for your little friends. 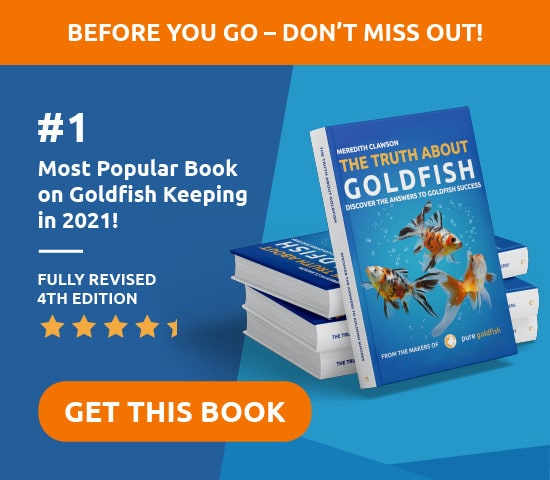