Probably the most common aquarium accessory seen is the air bubbler. In fact, ask any artist to draw a fish tank and it’s likely they’ll include a stream of bubbles up the back.

But what is an air bubbler for? And specifically, do our betta fish need them? 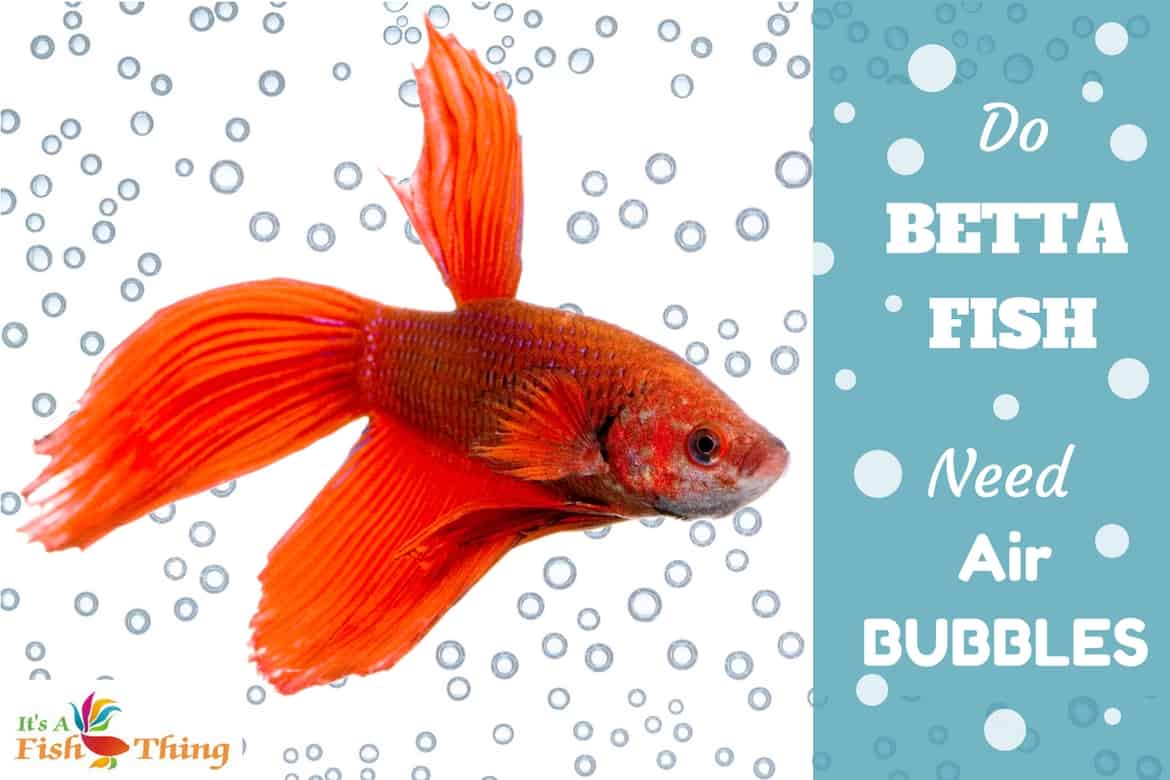 As with most things, there are some people say yes, while others say no.

Then you’ll able to make an informed decision on whether to add one to your tank or not, based on what’s best for you and your fish.

Why Would We Have Bubblers In A Betta Tank?

The simple answer is: The bubbles mix oxygen into the water.

Now, this isn’t the oxygen that’s represented by the ‘O’ in H2O. That oxygen is too busy being the water. If the fish pulled it all out, they’d be left sitting in a tank of nothing but hydrogen gas.

Fish breathe the oxygen that’s dissolved and held in the water, then ‘exhale’ carbon-dioxide which again gets dissolved back into the water.

So as they breathe, the oxygen in the water gets used up and it must somehow be replaced if they’re to continue breathing – and living.

The Oxygen Fish Breathe Enters The Water Through The Surface

Water is very good at letting gasses pass in and out of it, but this process can only happen at the surface.

Think of a whitewater river. This river would be highly oxygenated because every last drop of water has been splashed up and thrown through the air. As it goes crashing over the rocks, it’s picking up oxygen whenever it can.

A stagnant and very still pond, on the other hand, has only the very top of the water to exchange air. The water at the bottom of the pond might never see direct exposure to oxygen and could very well be un-breathable for fish.

An Air Stone And Bubbles Do Two Very Important Things 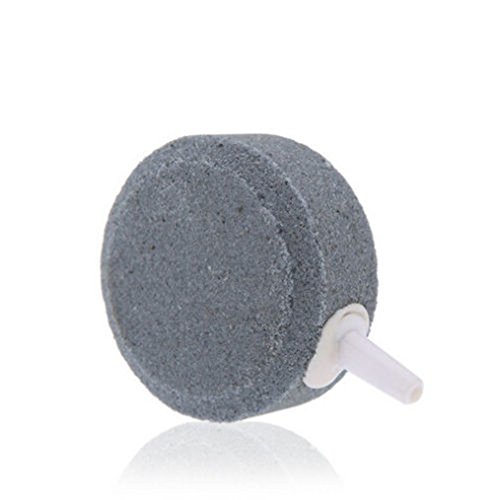 Having an air stone in the aquarium does two things:

Many people no doubt see the bubbles and think that these are infusing oxygen into the water directly.

That’s a logical assumption, but in fact the bubbles aren’t actually in the tank long enough to have much of an effect.

The amount of water that is exposed to that bubble as it rushes toward the surface is very small. The bubble causes much more oxygen exchange when it creates a ripple at the surface than it does traveling through the water column.

You might be reading this and think, “Wait a minute. The output of my filter is causing lots of surface agitation. Is that oxygenating the water?” Yes! Any splashing or rippling of the water is effectively making the surface area larger and allowing more oxygen into the system.

If your filter is breaking the surface of the water and creating any splashing, it’s doing the same thing an air stone would be. Unless your betta tank is very large, you likely have plenty of oxygen entering into the water.

(Speaking of which, you do have a filter in your tank, right!?)

This is a bit of a sticky question, with no firm “yes” or “no” answer.

It Can Cause Strong Current Betta Fish Hate

Further, we’ve bred them to have large flowing fins. While beautiful, these fins can act as sails in a strong current.

This means having too many bubbles in your tank, that cause too strong a current through water circulation, can cause your betta to feel stress. If they’re constantly having to swim against the current, they’re going to be exhausted most of the time.

Some Betta Seem To Love Playing With Air Bubbles

On the other hand, many aquarists report that their bettas seem to enjoy playing in the bubbles and current. You can find plenty of videos online of a betta swimming into the bubbles and being carried to the top, only to quickly swim back down and do it again.

Each fish has its own personality, and some are more active than others. If your fish likes to play, then the air stone is giving them a more vibrant and dynamic environment to live in.

However, as air pumps come in many sizes, be sure you aren’t buying one that is too strong for your tank, or is adjustable so you can reduce the current if necessary.

I Don’t Like The Way the Bubbles Look. Do I Really Need Them?

To be honest, most betta tanks don’t have air stones in them. I actually prefer a more natural look myself, and rice paddies usually don’t have an air stone in them.

As discussed above, if your filter is causing enough surface agitation to keep the water oxygenated, you’re probably good to go.

Also, every time you do a water change, you are putting fresh and highly oxygenated water into the tank.

The act of pouring water out of the tap mixes lots of oxygen in. If you were diligent enough to do a 25% water change every single day, you could easily get away with not having any bubbles or even a filter in the tank.

Most of us aren’t quite that disciplined, but frequent water changes are always a good thing.

Betta Can Breathe Air From The Surface

Let’s not forget that betta fish have the ability to breathe air directly from the surface of the water. They have an organ called a “labyrinth,” which allows them to breathe air as well as getting oxygen from the water via their gills.

This evolved because they often get stuck in small puddles during the dry season. The stagnant water would quickly become very low in oxygen, so the betta is able to survive these harsh conditions much more easily than other fish (this is where the myth that Bettas can be kept in a tiny a jar comes from).

Because they can breathe from the surface, Bettas are much easier to keep in a motionless tank with no current or oxygenation.

However, please remember that the smaller the surface area of the tank, the less oxygen exchange is taking place and betta fish WILL be much happier in a larger tank with fresher, well-filtered water.

If you have a larger tank, say 10 gallons or more, with plenty of surface agitation from the filter, an air stone probably isn’t necessary.

If you have a very small tank, only a gallon or two, an air stone will create too much current for your betta fish.

If you are diligent about your regular partial water changes and have lots of live plants to help keep the water oxygenated, the air stone might end up being entirely cosmetic.

At the end of the day, only you can decide what’s best for you and your fish, taking into account how it will affect the environment you’ve created for them.

Pay attention to your Betta’s behavior. Do they look lazy and spend a lot of time gulping air at the surface? That might indicate they need more oxygen in the water.

If in doubt, give an air stone a try. If you don’t like it, you can always take it out. We encourage you to continue your research, talk to other aquarists, and try to make the most educated decision you possibly can. 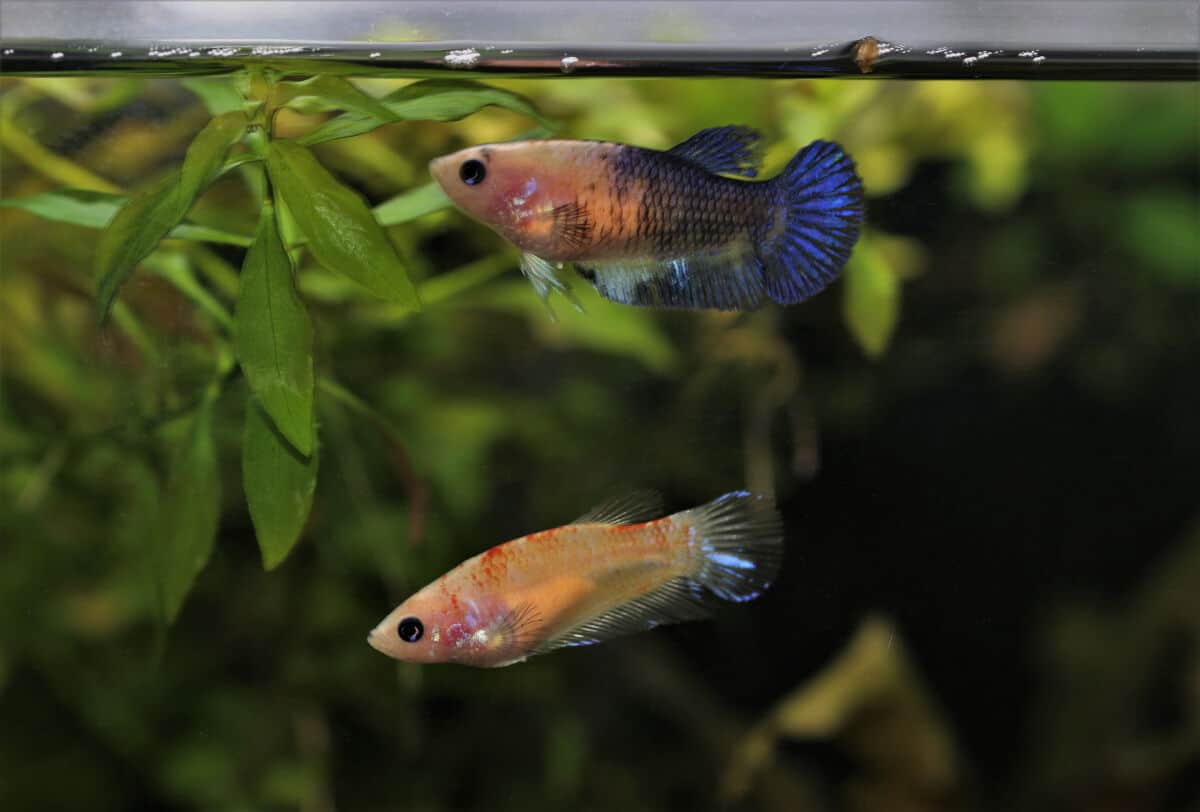 11 thoughts on “Bettas and Bubbles: Do Betta Tanks Need An Air Pump?”