Do Betta Fish Kill Other Fish? Everything You Need to Know! 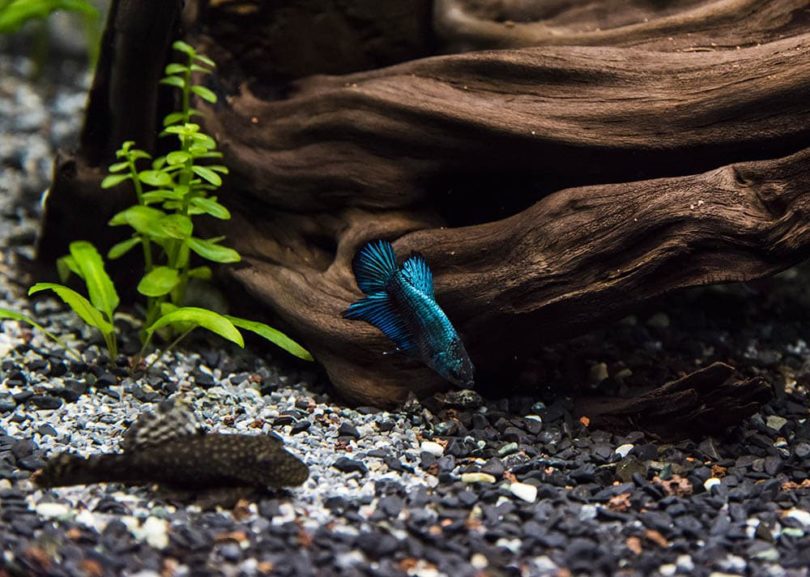 The Betta fish, better known as the “Japanese Fighting Fish” has a fearsome reputation that leads many Betta owners to be hesitant about housing them with other fish, including other Bettas. But will Bettas kill other fish in the tank? The answer is sometimes. It depends on which fish you choose to house your Betta with and how you introduce the different species.

Luckily, there are plenty of fish that can live peacefully with Bettas. You just need to be thoughtful with the species you choose and how you house them. In this article, we look at factors that may cause Bettas to kill other fish and methods that you can employ to help keep the peace!

When do Bettas kill other fish?

Male Bettas are highly territorial, and this has led many aquarium owners to keep them alone and separated from other fish. While it’s true that male Bettas will often see other males as a threat and attack them, housing two or more males with several females may be enough to keep them from fighting — most of the time. Females are generally less aggressive and can usually be housed peacefully with other fish, but they still have the potential to be aggressive occasionally.

This is also the reason that Bettas will attack other species of fish: Any fish that remotely resembles a male Betta will be seen as a threat and attacked. You should avoid keeping any fish with bright coloration or long, ornamental fins with Bettas, as they will most likely see them as potential threats. Additionally, a Betta’s personality can vary widely between individuals. While some Bettas may be fine with a few tankmates, others will attack and kill them for seemingly no reason and will continue doing so. These Bettas are best housed alone.

If your aquarium is too crowded, it is highly likely that your Bettas will act aggressively because there will not be enough territory for them. If you’re are going to house Bettas with other fish species, make sure there is plenty of space.

What fish are suitable to house with Bettas?

Despite their aggressive nature and infamous reputation for fighting, Bettas can be housed with other fish species peacefully, and this has been done successfully by many aquarium keepers. Avoid any brightly colored or long-finned fish, and don’t keep any other labyrinth species with Bettas because they inhabit the same part of the tank and will almost certainly fight.

It’s also vital to add your Betta into an already established tank, rather than the other way around. Bettas in their own tank will have established their territory and will see other new fish as a threat. Suitable tankmates for Bettas include:

How to prevent Bettas from killing other fish

The only sure way to know if your Betta can be housed with other fish is to try. While this may result in injured fish, there are a few precautions that you can take to prevent any fighting. Also, be sure to keep a close eye out for aggressive behavior. If you’ve decided to give it a try, take the following precautions first:

Bettas are naturally territorial and aggressive fish, although this is mostly toward their own species. As long as your Betta does not see the other fish in your aquarium as a threat, they are unlikely to attack or kill them. Be sure to avoid housing Bettas with any brightly colored or long-tailed fish, to introduce new fish and Bettas slowly, and to make sure they have plenty of space in their tank, and your Bettas should live peacefully with other fish species.